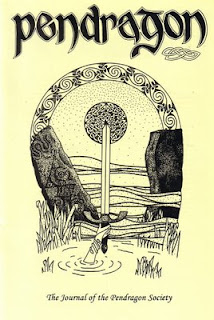 The Pendragon Society has announced its closure after 50 years in existence, the publication of a 150 page Jubilee Book will be issued later this year to commemorate their term as an Arthurian Society. The content of the book will be an anthology of key articles collected from the journal during those fifty years.

There is no mention of the Society's closure in the latest issue of the journal Pendragon, it would appear to be an after thought following printing. The Society’s website has put up the following statement:

“It is with regret that we have to announce that the Pendragon Society will cease to operate in September 2009, after fifty years of activity in the Arthurian field. We have decided to close Pendragon on our 50th anniversary as we feel we have largely achieved what our founders set out to do at Winchester in 1959. Arthurian studies are now a worldwide interest – it is difficult to remember that when we started on our journey they were little more than stories told to children at their mother's knees - as Jess Foster our founder once wrote.”

The Pendragon Society was dedicated to Arthurian Studies and the Matter of Britain in three main areas: history, literature, legend and folklore, issuing Pendragon a 48 page Journal, with Arthurian articles and featuring news, reviews, artwork, poetry, the Arts and popular culture.

The Pendragon Society was founded in 1959 at Winchester by the inspirational Jess Foster who ran the society until her death in 1979. Foster moved to Bristol in 1964 building up an international membership including authors, artists, academics, and enthusiastic amateurs of the Arthurian theme. The Bristol group held numerous events and functions and were associated with the five year excavations at South Cadbury hillfort in Somerset, to find Camelot led by respected archaeologist, Leslie Alcock. However, although definitely a large Dark Age hill fort, the excavations at Cadbury proved inconclusive as regards definitively locating the site of King Arthur's legendary capital.

Following the Cadbury excavations it was difficult for the Society not to take an interest in the emerging new age earth mysteries movement of the 1960’s, and following events like the Pendragon Society - Ley Hunter Club joint field trip to Avebury in 1962 new interests began to diverge onto the Mythical Quest for the Ancient Wisdom flirting with such topics as alignments, dragon lore, standing stones, geometry cathedrals, mazes, terrestrial zodiacs, Celtic Christianity and perpetual choirs. Throughout these diverse topics Foster maintained the Society’s focus on Arthur as the basis of its subsistence, describing the broadening outlook as a new contemporary interest in The Matter of Britain also as Merlin Studies, she wrote: 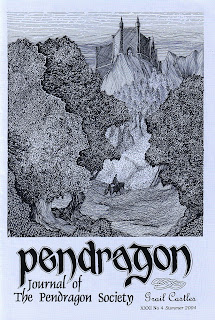 Later a group of Bristol based members began the long-running dig at the site of a Dark Age church at Llanellen on the Gower peninsula in South Wales, and in the 1970’s the Society organised an expedition to northern Carmarthenshire in South west Wales, to evaluate the work of a local Welsh historian, Lewis Edwards, who had been writing about Arthurian connections in the area since the late 1940s and had claimed to have discovered a Zodiac Temple, similar to the Temple of Stars found at Glastonbury. Following the Pendragon Society’s visit there began a series of expeditions, returning to the Pumpsaint area of northern Carmarthenshire, known as the The Caer Sidi Expeditions, from 1972-1979; the precise meaning of the name 'Sidi' in Caer Sidi is problematic; a possible meaning is the 'revolving fortress', but may also mean the 'Fortress of the Zodiac', as "sidydd" means "Zodiac" in modern Welsh.

The revolving fortress features in later grail romances and this is the direction the Society has taken in later years; the current editorial team relying more on Medieval Arthurian literature and popular culture than the historical Arthur and archaeological expeditions became a thing of the past. Scholarly articles became few and far between in later issues, history and archaeology taking a back seat to news, reviews, artwork, and poetry: “King Arthur is gay” and “What did Arthur drink” being typical examples. Charles W. Evans-Günther summed it up when he announced his resignation as a subscriber saying Pendragon had lost its way and with the death of President Professor William Russell in 2006 publication of the journal became erratic in recent years, which is usually the first indicator of descent into terminal decline.

So after 50 years the current editorial team have taken the decision to wind up the Pendragon Society at a time when Arthurian studies are more popular than ever but subscriber numbers are rapidly diminishing. The sad fact is there is nothing else in this field to compare to Pendragon and this trend is indicative of the future for small press journals.