'Stanenges, where stones of wonderful size have been erected after the manner of doorways, so that doorway appears to have been raised upon doorway; and no one can conceive how such great stones have been so raised aloft, or why they were built there'.1

The Hanging Stones
Since Henry of Huntingdon, archdeacon in the Diocese of Lincoln, provided the earliest written reference to Stonehenge in his History of the English, 'Historia Anglorum', c.1130 AD, debate has continued as to the correct meaning of the name.

According to the druid-obsessed 18th century antiquarian William Stukeley “the old Britons or Welsh call Stonehenge choir gaur, which some interpret chorea gigantum, the giants dance: I judge, more rightly chorus magnus, the great choir, round church, or temple.”2 Before him, William Camden writing in his Britannia, published 1610, stated that “Leland’s opinion that the British one, Choir gaure, should not be translated Chorea Gigantum, a Choir of Giants, but Chorea nobilis, a noble Choir; or else that gaure is put for vaure, which makes it Chorea magna, a great Choir, is probable enough.”3

The modern rendition suggests the place-name derived from Old English, its meaning usually interpreted as a description of hanging or suspended stones, seemingly a reference to the horizontal lintels across the upright sarsens. Alternatively, it may refer to an Anglo-Saxon form of punishment; a stone gallows.4 The Saxon word for Gallows was 'hengen'.

Writing his Latin chronicle less than a decade after Henry of Huntingdon, Geoffrey of Monmouth in his 'Historia Regium Britanniae'  (History of the Kings of Britain) c.1136,  which he claimed he translated from an ancient book in the British tongue, rendered  'chorea gigantum'. In the Welsh adaptations of Geoffrey’s Historia, the Brut Y Brenhinedd (Chronicle of the Kings) Stonehenge is called Côr y Cewri, which gives 'The Giant's Circle' in English which seems an apt description for the monument constructed of massive stones on Salisbury Plain. However, I will follow the translation given by Lewis Thorpe and stick with the 'Giant's Dance'.5

The Night of the Long Knives
By way of providing an explanation of how the monument on Salisbury Plain was erected Geoffrey claims that Merlin the wizard was responsible for magically transferring The Giant’s Dance from Ireland to Salisbury Plain in England.

Geoffrey, loosely following the account in the 9th century Historia Brittonum,6 tells us that after Hengist's Saxon's had treacherously slaughtered 460 unarmed British Nobles 7 at a peace conference, having concealed daggers in their shoes, Vortigern is forced to concede his cities and fortified places in consideration of their granting him his life. He then fled to Kambria (Wales).

Geoffrey continues: Afterwards, St. Eldad, Bishop of Gloucester, gave Christian burial to the British nobles at the  monastery not far from Kaercaradauc, now Salisbury, situated on the mountain of Ambrius, as he thought something ought to be done to perpetuate the memory of that piece of ground, which was honoured with the bodies of so many noble patriots, that died for their country.

Masons and carpenters were summonsed to construct a lasting monument to those great men, but they refused to take on the task lacking confidence in their own skills to manufacture a fitting edifice. Tremounus, archbishop of the City of Legions, went to the king Aurelius, and said, “If any one living is able to execute your commands, Merlin, the prophet of Vortigern, is the man.”

"If you are desirous," said Merlin, "to honour the burying-place of these men with an ever-lasting monument, send for the Giant's Dance, which is in Killaraus, a mountain in Ireland. For there is a structure of stones there, which none of this age could raise, without a profound knowledge of the mechanical arts. They are stones of a vast magnitude and wonderful quality; and if they can be placed here, as they are there, round this spot of ground, they will stand for ever."

Utherpendragon, brother to the king, was despatched to Ireland with fifteen thousand men. After defeating Gillomanius and his vast army the Britons made for mount Killaraus and arrived at the structure of stones. Merlin challenged them to take down the stones. They set up their engines, cables, ropes and ladders in an attempt to remove the Giant's Dance but all to no purpose. Merlin laughed at their vain efforts, and then began his own contrivances and took down the stones, and gave directions for carrying them to the ships, and placing them therein. This done, they set sail again, to return to Britain; where they arrived with a fair gale, and repaired to the burying-place with the stones. Merlin set up the stones brought over from Ireland, about the sepulchre,  placing them in the same manner as they had been in the mount Killaraus.

After forming a confederacy with Pascentius, the son of Vortigern, and the Saxons, Gillomanius came for the Giant's Dance and landed at the city of Menevia (St Davids, Pembrokeshire, south-west Wales). Uther went forward into Kambria to engage with the confederate forces of Gillomanius while  Aurelius lay sick in Winchester. One of the Saxons, named Eopa, disguised as a monk, went to Winchester and promised to restore the king to health if he would take of his potions. The king duly obliged but the potions secretly conveyed a poisonous mixture and after falling asleep he died shortly after. He was buried within the Giant's Dance, near the convent of Ambrius.8 On his death Uther's body was also taken to the convent of Ambrius, where they buried him within the Giant's Dance close to Aurelius Ambrosius.

The one and only occasion when Geoffrey refers to the stone circle by the name of Stonehenge is when he states that Constantine was buried: “......by the side of Utherpendragon within the circle of stones, called Stonehenge in the English language, which had been built with such wonderful skill, not far from Salisbury”.9

Such is the story of the founding of Stonehenge, at least as far as Geoffrey was concerned; Merlin is intimately connected with a monument constructed as a memorial to the British Nobles murdered by Hengist's Saxons. After bringing the Giant’s Dance to Britain, followed by Arthur’s conception, Merlin’s significance fades from the Historia and the wizard disappears from Geoffrey's pages.10

Had Geoffrey invented the story of how the Giant’s Dance got to Salisbury Plain, or was he following an ancient tradition? In what follows we will examine Geoffrey's claims: 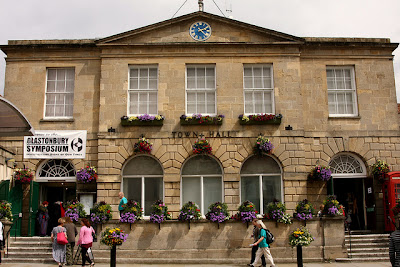 Elizabeth Archibald is Professor of English at Durham University and Principal of St Cuthbert's Society. Her interest in Arthur began when she was an undergraduate at Cambridge.
Her publications include 'A Companion to Malory' (1996), 'Incest and the Medieval Imagination' (2001), and 'The Cambridge Companion to the Arthurian Legend' (2009).
Elizabeth is the President of the British Branch of the International Arthurian Society.

Cheryl Green was Research Assistant for the project led by Professor Roberta Gilchrist, University of Reading, assessing the archives from the 1908 – 1979 excavations at Glastonbury Abbey. This informed a major four-year research project culminating in a Monograph (forthcoming Gilchrist and Green 2014) publishing exciting new evidence resulting from the re-analysis of the historic excavations, extensive new geophysical survey and specialist assessments of the finds assemblages.

Johnny Macfayden is just finishing his PhD on Latin Arthurian literature at the University of Bristol. His research interests are primarily to do with the socio-politcal and ideological utility of the Arthurian Legend, Medieval Romance and Latin Arthurian Historiography.

Geoffrey Ashe is the author of 26 books and needs no introduction to Arthurian scholars.
Geoffrey has a special interest in Glastonbury which is reflected in King Arthur's Avalon (1957) and its fiftieth anniversary edition. He was co-founder and secretary of the Camelot Research Committee which, under the presidency of Sir Mortimer Wheeler, conducted the excavation of the South Cadbury hill-fort.

Ad Putter is the General Editor of Arthurian Literature in the Middle Ages, and has published widely in the area of medieval literature. His books include Sir Gawain and the Green Knight and French Arthurian Romance (1995), An Introduction to the Gawain Poet (1996), and Studies in the Metre of Alliterative Verse (2007).

Ronald Hutton has published fourteen books on different aspects of history and prehistory, mostly with reference to Britain, including Blood and Mistletoe: The History of the Druids in Britain (2011) and Witches, Druids and King Arthur (1993).


Tickets cost £20 adults and £18 concessions, to include a buffet lunch and are on sale from the Abbey Shop or via the online shop