Mystics or Madmen: The Martyrdom of Abbot Whiting

480 years ago today on 15th November 1539 the frail old abbot of Glastonbury Richard Whiting and the abbey treasurers John (Arthur) Thorne and Roger James (Wilfrid), were strapped to sheep hurdles and dragged through the Somerset town and up the Tor to be cruelly butchered by the King's henchmen.

The three men were hanged, drawn and quartered. After being boiled in pitch, the old Abbot's quarters were displayed at Bath, Bridgwater, Ilchester and Wells. What possessed Henry VIII's commissioners to carry out such a brutal act?

Strung up on a gallows on the Tor like a re-enactment of the Crucifixion, Avallonian Geoffrey Ashe has described these peculiar actions as "The Act of Mystics or Madmen". 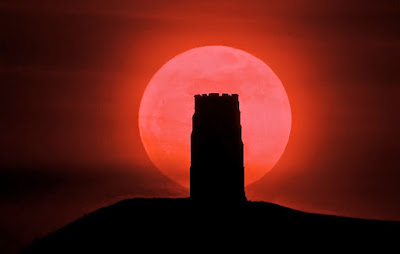 The curious events leading up to the execution of Richard Whiting, the Last Abbot of Glastonbury, on 15 November 1539: