The Fate of the Ninth Legion

The question of what happened to Rome’s Ninth Legion is one of the great mysteries of history. The sudden disappearance from all records at the start of the 2nd Century AD has brought about a multitude of theories about the fate of the Ninth.

The History
The Ninth legion, Legio IX, was among the oldest units in the imperial Roman army, first attested from evidence found at the Italian stronghold of Asculum in southern Italy 89 BC.

In 59 BC it was one of the four original legions led by Julius Caesar for his famous Gallic invasion. Caesar finally disband the battle weary veterans of the Ninth in 46-45 BC.

Octavian led the Ninth and six other legions into northern Spain in 29 BC to subjugate the tribes of the region. The ten year campaign resulted in the Ninth receiving its honorific title, Legio IX Hispana.

The Ninth legion was then sent to the Roman frontier in Pannonia in the early part of the first century AD. In 21 AD the Ninth was relocated to North Africa by the emperor Tiberius to combat a revolt led by Tacfarinas, a Berber. Following the successful defeat of Tacfarinas the legion was recalled to Pannonia where they remained until 43AD when it then formed part of Emperor Claudius’ invasion force that sailed for Britannia.

After battling hostile Celtic tribes for several years the Ninth was then stationed at Lindum Colonia, modern day Lincoln, in 55 AD.

Boudicca, Queen of the Iceni tribe, their territory centred on modern day Norfolk, assembled a huge force and led a revolt against the Romans in Britain. Her campaign began in 61 AD with an assault on the Roman colony at Camulodonum, now Colchester.

At this point, the Ninth marched south to relieve the besieged Camulodunum but Boudicca's army attacked the legion before it reached the city; she annihilated the Ninth destroying the foot soldiers with just the cavalry escaping.

Boudicca had come very close to defeating the Romans but her revolt was eventually crushed by the well disciplined fighting machine of the Legions. The Ninth was reinforced and relocated to Eboracum, modern day York. The Legion's northern base was to defend Rome's northern frontier.

Under the command of Gnaeus Julius Agricola, the Ninth marched into the unconquered north, modern-day Scotland, with the aim to consolidate Roman rule as far as the river Forth.

In 82 AD, as part of Agricola’s plan to defeat the Caledonians and secure the Forth-Clyde frontier, Agricola divided his force into three separate divisions, the Ninth formed part of the smaller force. The Caledonians duly attacked the smaller force ill-prepared in a turf and timber camp, subsequently the Ninth suffered massive losses. Agricola came to the aid of the Ninth with his other forces.

This is the last literary mention of Legio IX Hispana; following its serving with Agricola, all mention of the Legion in the literary sources vanishes without trace.

The Mystery
The disappearance of the Ninth has long baffled historians and is one of the most enduring legends of Roman Britain; how could 5,000 of Rome's finest soldiers be lost in the Caledonian mist and disappear from the record without trace? 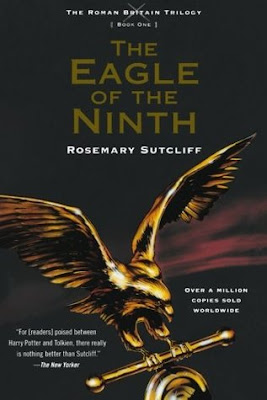 The legend of the Ninth stirred the public imagination in modern times by Rosemary Sutcliff in her 1954 bestselling novel "The Eagle of the Ninth" which detailed the story of Marcus Aquila, a young Roman officer, who ventures north of Hadrian's Wall to reveal the truth about his father, lost with the Ninth, and the whereabouts of the Legion's battle standard, the Eagle.

In 2011 the theme of Sutcliff's book was turned into a film, titled simply "The Eagle".

The unknown fate of the legion has been the subject of considerable research and speculation. Historians argue that the Ninth did not disappear in Britain at all, claiming that both book and film are wrong, asserting that the legion was transferred to the Middle East, where, sometime before AD 160, they were wiped out in a war against the Persians.

In 1864 an inscribed stone tablet was discovered which records the last attested activity of the Ninth in Britain during the rebuilding of the legionary fortress at York (Eboracum) in 108 AD. 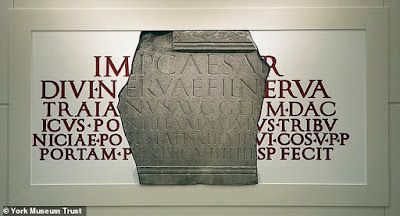 Now on display at York Museum the tablet reads:  'The Emperor Caesar Nerva Trajan Augustus, son of the deified Nerva, Conqueror of Germany, Conqueror of Dacia, pontifex maximus, in his twelfth year of tribunician power, six times acclaimed emperor, five times consul, father of his country, built this gate by the agency of the 9th Legion Hispana.'

Furthermore, recent research has shown that an element of the Ninth was stationed at Nijmegen in Germania Inferior for a brief period after 121 AD.

The York tablet and the Nijmegen inscription suggest that the legion was not destroyed in Scotland. However, an inscription dated from the time of Marcus Aurelius records all extant legions during his reign (161-180 AD) and significantly, Ninth Hispana is missing indicating that the Legion was lost before his reign. And yet, there still is the problem of the lack of evidence for the Ninth Legion ever leaving Britain.

The Book
Simon Elliot is the latest historian to tackle the enigma of the Ninth in his book "Roman Britain's Missing Legion: What Really Happened to IX Hispana?" due publication on 28 February 2021 (Pen & Sword Military) 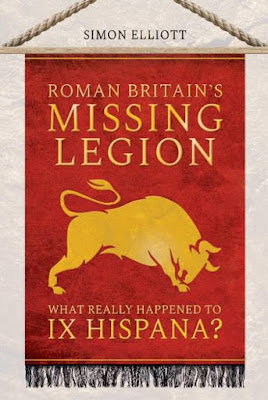 Dr Elliot’s book explores the theory that the Legion was massacred in Caledonia and suggests their defeat could have prompted the construction of Hadrian's Wall, as well as the sending of reinforcements from Rome to replace the lost men of the Ninth Legion.

He then investigates three alternative theories with regard to the fate of the Ninth: the legion was wiped out by rebels in Roman London; they were transferred to the Rhine; or that they were dismissed after failing to suppress an uprising in what is modern-day Palestine.

"Legio IX Hispana had a long and active history, later founding York from where it guarded the northern frontiers in Britain. But the last evidence for its existence in Britain comes from AD 108\. The mystery of their disappearance has inspired debate and imagination for decades. The most popular theory, immortalized in Rosemary Sutcliffe's novel _The Eagle of the Ninth_, is that the legion was sent to fight the Caledonians in Scotland and wiped out there. But more recent archaeology (including evidence that London was burnt to the ground and dozens of decapitated heads) suggests a crisis, not on the border but in the heart of the province, previously thought to have been peaceful at this time. What if IX Hispana took part in a rebellion, leading to their punishment, disbandment and _damnatio memoriae_ (official erasure from the records)? This proposed ‘Hadrianic War' would then be the real context for Hadrian's ‘visit' in 122 with a whole legion, VI Victrix, which replaced the ‘vanished' IX as the garrison at York. Other theories are that it was lost on the Rhine or Danube, or in the East. Simon Elliott considers the evidence for these four theories, and other possibilities."

Dr Simon Elliott is an historian, archaeologist and Honorary Research Fellow at the University of Kent where he studied for his PhD in Archaeology on the subject of the Roman military in Britain. He also has an MA in War Studies from KCL and an MA in Archaeology from UCL. For a day job he runs his own PR company, and is a former defence and aerospace journalist at titles including Jane's Defence Weekly and Flight International. He frequently gives talks on Roman themes and is co-Director at a Roman villa excavation. He is also a Trustee of the Council for British Archaeology. His website can be viewed at: simonelliott.net

Posted by Edward Watson at 19:30 No comments: