The Chalice of Doña Urraca: Is this the Holy Grail?

There are reputedly an estimated 200 different cups and chalices across Europe claiming to be the Holy Grail. Earlier this year another was added to the list.

The Chalice of Doña Urraca
Visitors flocked to the museum of the San Isidoro basilica in Leon after Spanish historians Margarita Torres and José Ortega del Río claimed to have discovered the Holy Grail. In their new book “The Kings of the Grail” Torres and del Río identify part of the Chalice of Doña Urraca, held in a church in León in northern Spain, as the legendary a 2,000-year-old vessel that Jesus supposedly drank from at the Last Supper.

After three years studying the history of the chalice Torres and del Río published their book at the end of March earlier this year. The news, released suspiciously close to All Fool's Day, immediately went viral on the net, and was dismissed by some as just another hoax along with the many stories released at this time that included archaeologists from Nottingham had found Robin Hood’s bones, Boudicca’s grave was finally located under King’s Cross station and plans were revealed to rebuild Hadrian’s Wall to its full height, should Scotland gain independence. And some.

Torres and del Río claim an onyx chalice was originally lined with gold and concealed within another antique vessel known as the Chalice of Doña Urraca located in León’s basilica of Saint Isidore where it has been there since the 11th century. Oddly the curators of the church's collection seem to have been totally oblivious to the proposal and have never marketed the Chalice of Doña Urraca as the “true” Holy Grail.

The chalice is said to have been constructed in the 10th century from two antique onyx cups combined by a frame made out of gold and embellished with stones and jewels. Detailed study has revealed the two onyx cups are indeed two Roman cups dating from around the 1st century. Comparable conversions of Classical onyx vessels into chalices had been accomplished for the emperor Romanus in Constantinople in the 10th century.

The chalice bears an inscription made in beaded gold letters recording that it was presented as a gift from Urraca to the palace church in Léon. Doña Urraca (1032 -1101 AD) was the eldest daughter of Ferdinand I and sister to Alfonso VI, King of Castile-Leon. Doña and her sister Elvira were in charge of the monasteries of the realm. A chronicle records that she “adorned sacred altars and the vestments of the clergy with gold, silver and precious stones”.

The materials and techniques employed for the Urraca chalice have their closest parallels in the products of the German imperial workshops of the middle of the 11th century. Similar German influence can be seen in the work of the reliquary of Saint Isidore presented to the treasury of San Isidoro as a gift of Ferdinand I, king of Castile-Léon (1015 – 1065 AD) and his wife Sancha, who granted a host of objects to the new palatine church in 1063 on the occasion of the arrival there of the relics of Saint Isidore of Seville.

The kingdom of León encompassed the north-west corner of the Iberian Peninsula. It had begun as the kingdom of the Asturias, a narrow strip of land behind a range of mountains that after the invasion served as an effective barrier to Islamic occupation, the first Christian political entity established following the conquest of the Visigothic kingdom by the Islamic Umayyad Caliphate in the first quarter of the 8th century. The Kingdom received its name early in the 10th century when Fruela II became king and moved the royal court south from Oviedo to León, a city whose name reflected its origin as the headquarters of a Roman legion in the first century. Under King Ferdinand I the city developed as a much more important capital.

Under Ferdinand I, during the second half of the 11th century, appropriated objects of Islamic manufacture were joined in the San Isidoro treasury by sumptuous liturgical arts that had become increasingly Germanic in character. An entire collection of Islamic boxes, most of which carry Arabic Inscriptions, can be found in the treasury of San Isidoro and among the items enumerated in the extraordinary charter of 1063 were a number of textiles designated specifically as Islamic in manufacture.

Torres told the Irish Times that while they had been researching the history of some Islamic remains in the Saint Isidoro basilica they discovered two medieval Egyptian documents that mentioned the Chalice of Christ.

The parchments told of how Muslims took a sacred cup from the Christian community in Jerusalem to Cairo. It was then given as a diplomatic gift to “Ferdinand, emir of Léon” on Spain’s Mediterranean coast in return for help he gave to Egyptians who were suffering a famine. Later Doña Urraca, his daughter, had the onyx cups mounted in a gold frame and presented it to the palace church in Léon, later to become the Cathedral of San Isidoro.

Torres and del Río's claims have been supported by scientific dating, which estimates that the onyx cup was made between 200 BC - 100 AD. Yet Medieval experts doubt the dramatic claims insisting the existence of the Grail is a myth, nothing more than a literary invention of the 12th century and not a real drinking vessel.

However, Torres and del Río do not actually claim that the chalice is the Holy Grail; they argue that they simply found early traces of a community who believed that it was. The Spanish historians admit it would now be impossible to prove the chalice was actually the origin of the Eucharist, the cup used by Christ at the Last Supper, as the first 400 years of the cup’s history are unknown and remain a total mystery. Yet Torres and del Río insist there is no doubt that this is the cup that early Christians revered as the chalice used by Christ at the Last Supper which made the journey to Cairo and then from Cairo to León.

I guess it all depends on what one means by the Holy Grail? 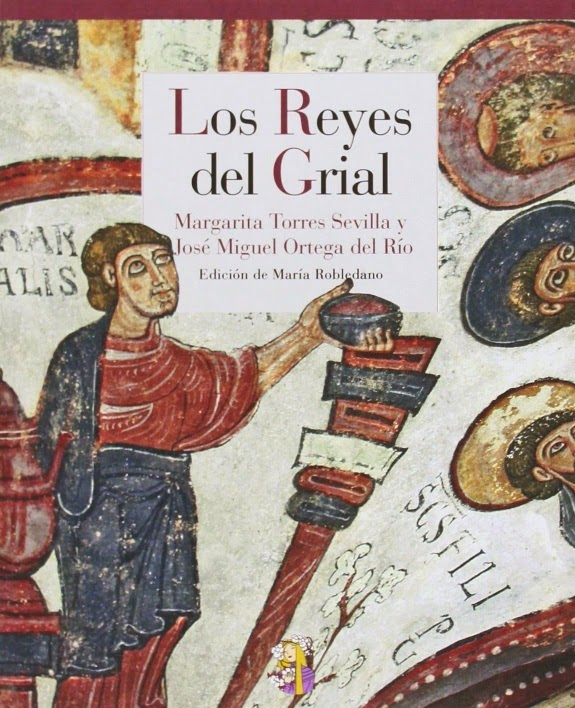 
The book is currently only available in Spanish. 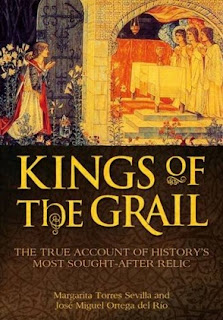 The Kings of the Grail by Margarita Torres Sevilla and Jose Miguel Ortega del Rio was published in English on 2nd April 2015 by Michael O'Mara Books.

"......The most interesting part of the book is the material from Islamic sources, which have been largely ignored by researchers in the past. It is possible to see evidence of a vessel which seems to gave been carried from the Holy Land to Spain, but the date is late ( 11th century) and there is not enough evidence of its whereabouts before this. The argument that this relic was kept in the treasury of the Kings of Leon for hundreds of years, during which time they never once spoke it it, seems tenuous at best......In all, those who continue to seek out the history of the many Grails found around the world, would find this interesting, but it does not convince."