A Night at the Abbey 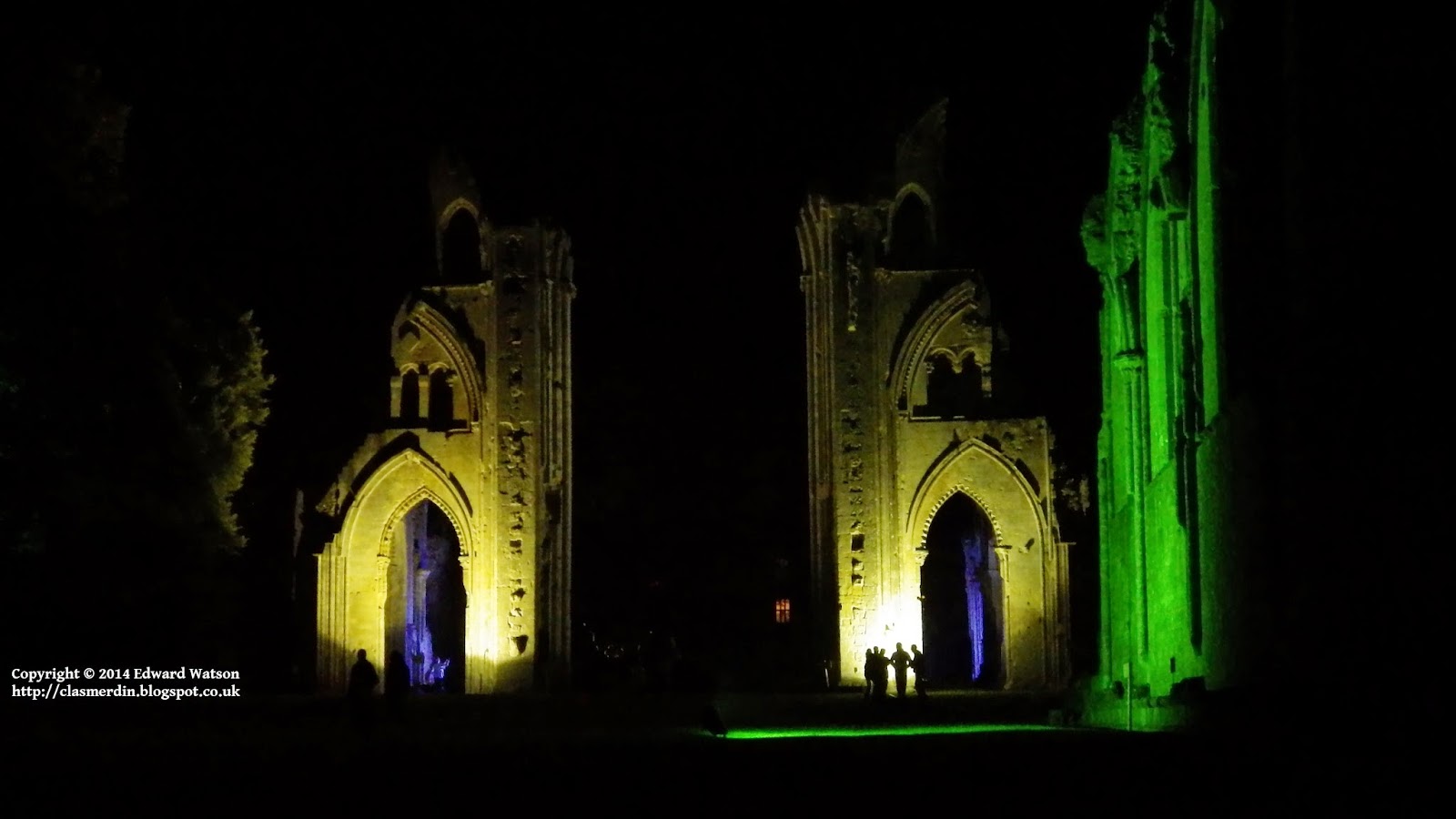 Money raised on the night will go to support the abbey’s Rescue Our Ruins Appeal which is funding the vital conservation work currently underway. 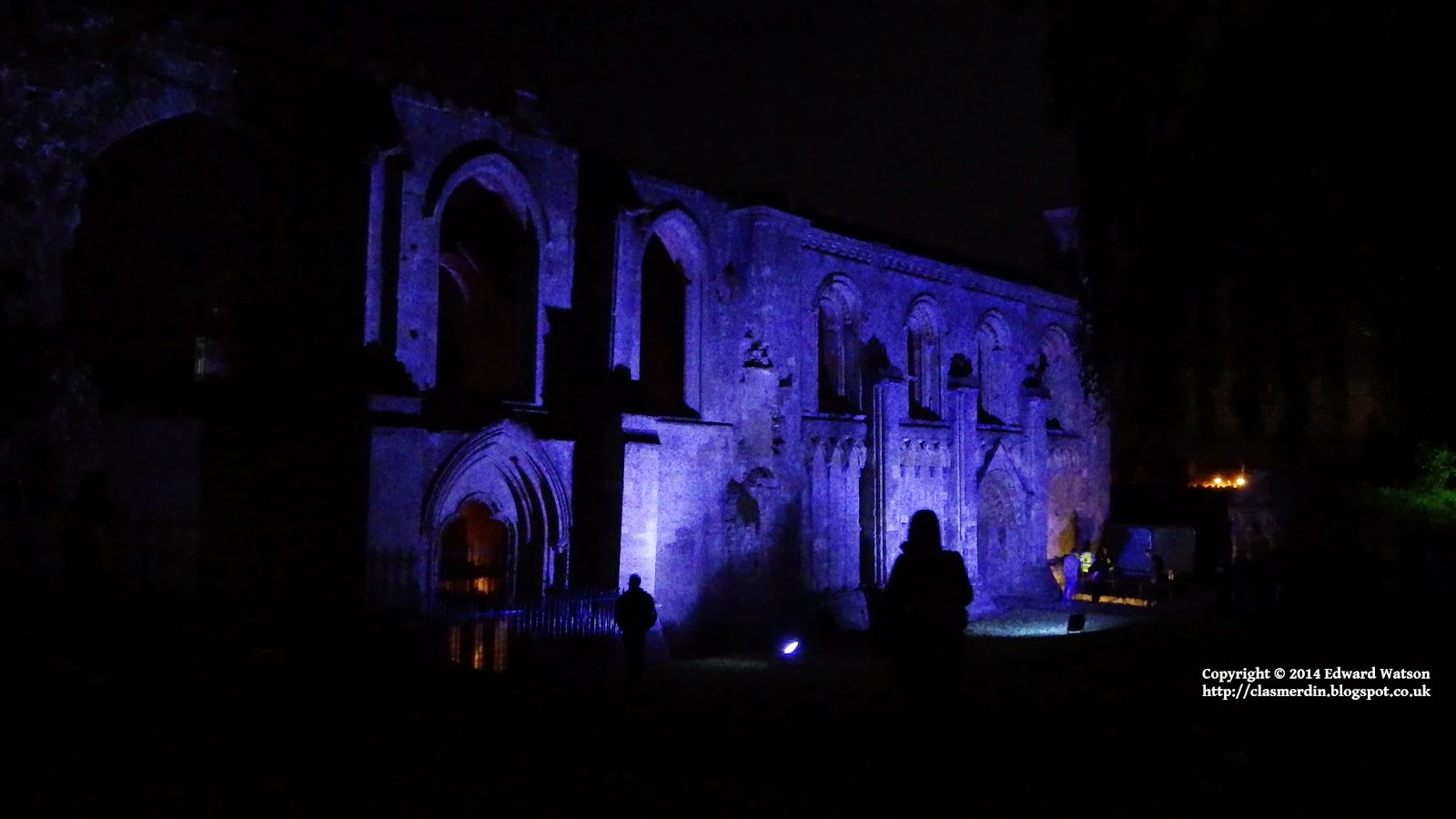 Started in 2010 the Night at the Abbey event provides opportunity to see the stunning ruins as never seen before - spectacularly lit with coloured lights. The dazzling coloured lights bring the abbey to life after dark with  greens, oranges and purples to create a stunning setting. A glass or two of Glastonbury Abbey cider, made exclusively with apples from the abbey orchard, completed the surreal atmosphere. 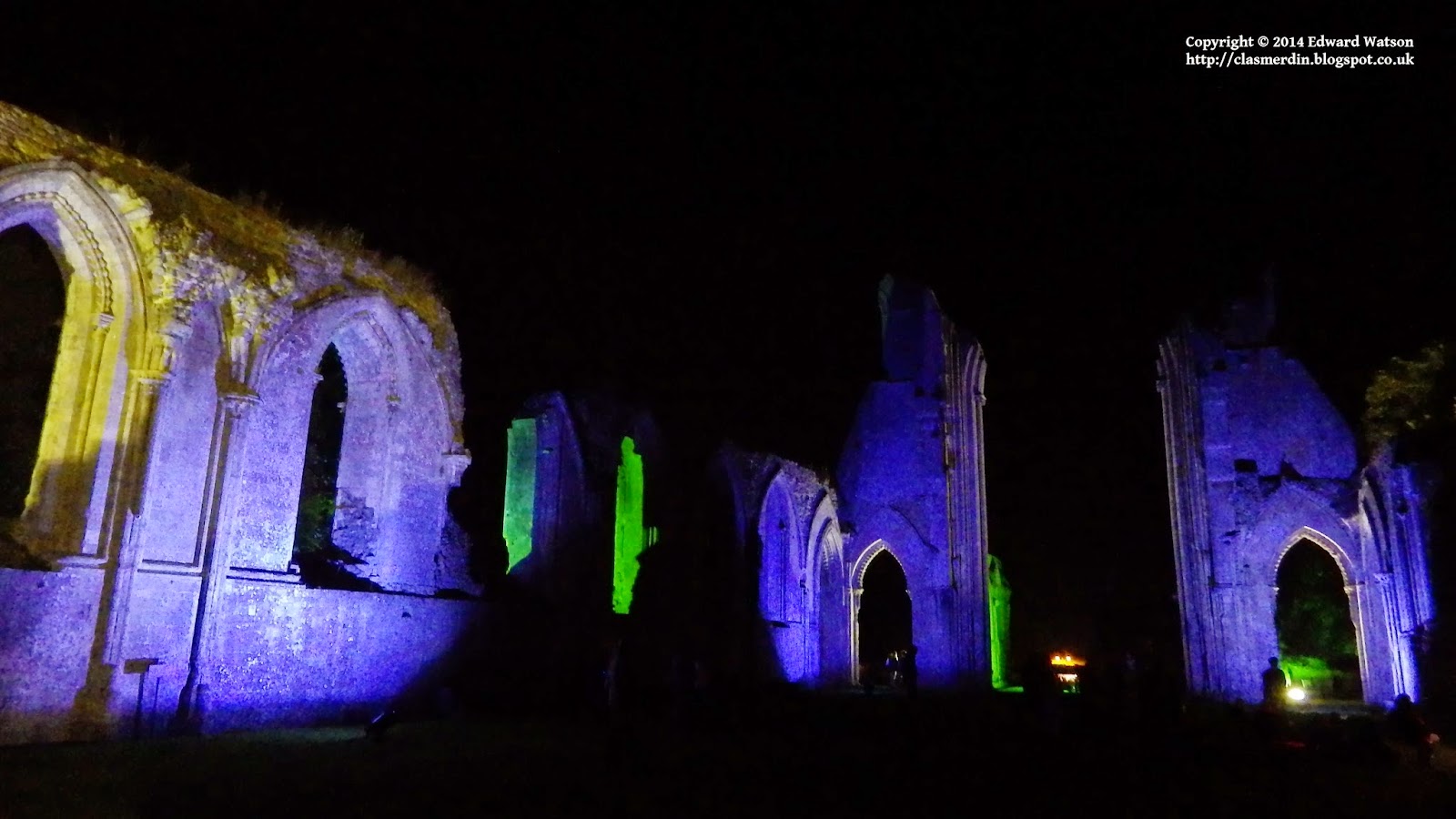 Local musicians performed throughout the night, across the abbey in five different locations. For me the highlight was Tim Pitman, the Voice of Somerset, singing in the Lady Chapel. His dramatic tenor voice didn't need amplification and it would have been good just to hear him singing unaccompanied in the crypt. Tim works closely with many charities such as the Royal British Legion and has performed with numerous military orchestras. 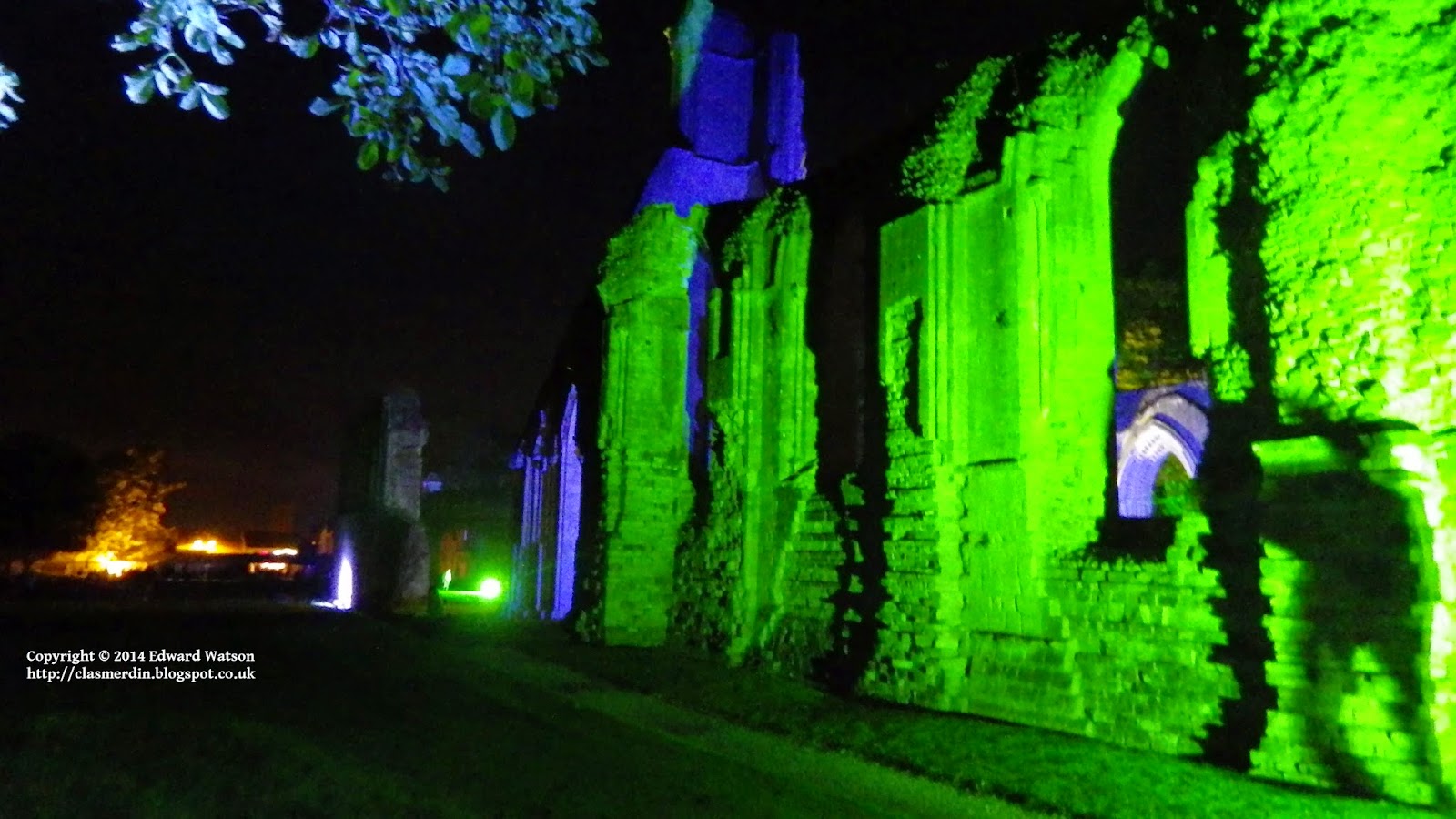 Glastonbury Abbey Appeal - Rescue Our Ruins
The Rescue Our Ruins appeal was launched in May 2012 with the aim of raising £500,000 to save the ancient abbey ruins. The money is needed to fund conservation work and enhance the visitor experience to the Abbey in the following areas: 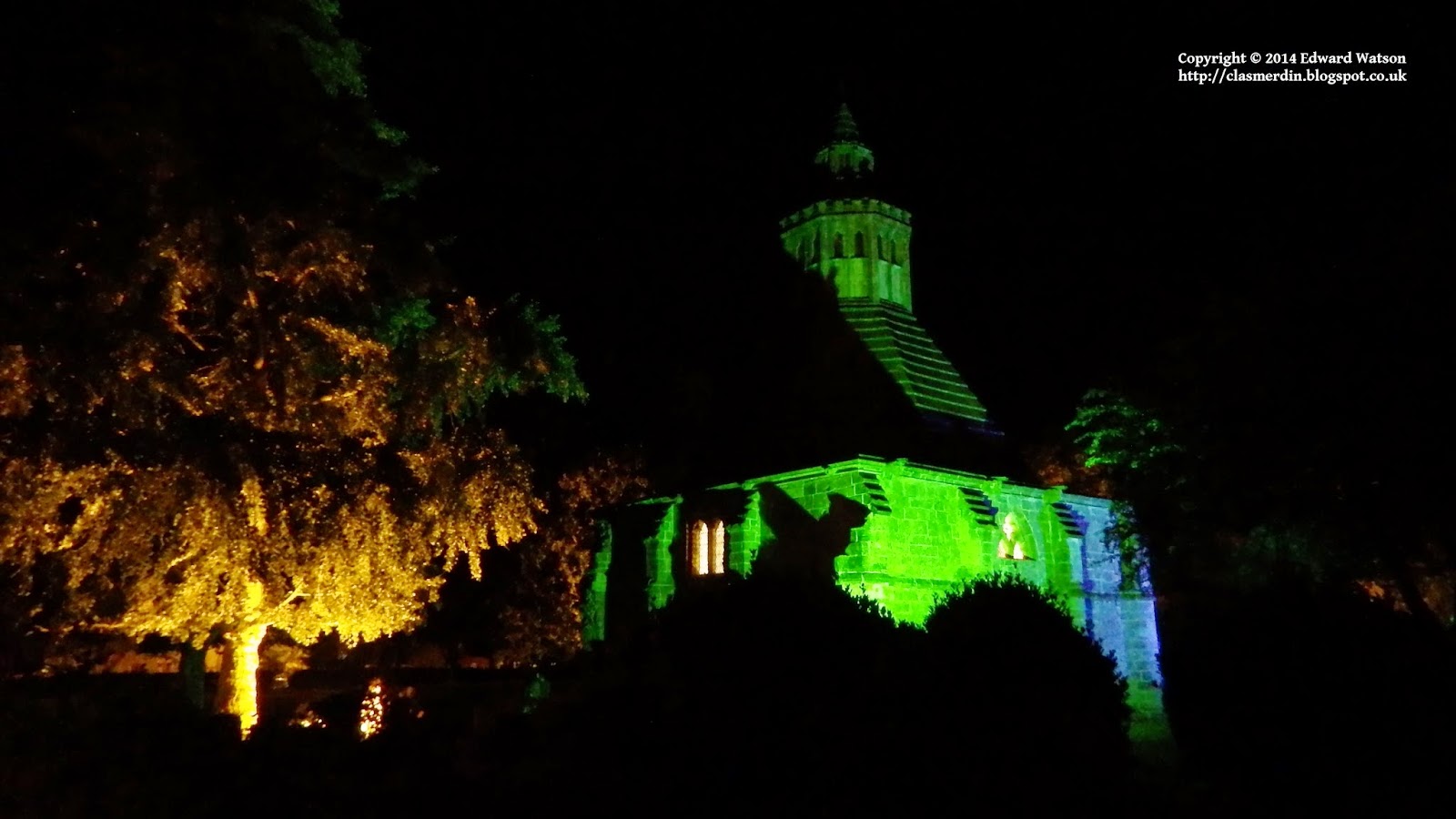 The Lady Chapel, Crypt & Galilee
A rare example sited at the West end of a church.
The Crypt beneath, known as St Joseph's Chapel, is sited beneath the most sacred part of the Great Abbey Church. Its presentation needs to be greatly improved to be more meaningful and attractive.