This major exhibition enters the world of warriors, seafarers and conquerors and shows the many fascinating aspects of a history that is both strangely alien yet remarkably familiar; swords and axes, coins and jewellery, hoards, amulets and religious images show how Vikings created an international network connecting cultures over four continents.


The Viking Age began on 8th June 793 AD with a raid by heathen men bringing plunder and slaughter on the island monastery at Lindisfarne. The raid off the coast of northern England was the start of a period of major change across Europe. The extraordinary Viking expansion from the Scandinavian homelands  to create an international network connecting cultures over four continents during this era, creating a cultural network with contacts from the Caspian Sea to the North Atlantic, and from the Arctic Circle to the Mediterranean. Famous for their seaborne adventures, appropriately at the heart of the exhibition will be a 37-metre-long warship, known as Roskilde 6, excavated from the banks of Roskilde fjord in Denmark during the course of work undertaken to develop the Roskilde Viking Ship Museum in 1997. Dating to around 1025, powered by 40 pairs of oars, it is the longest Viking ship ever discovered. 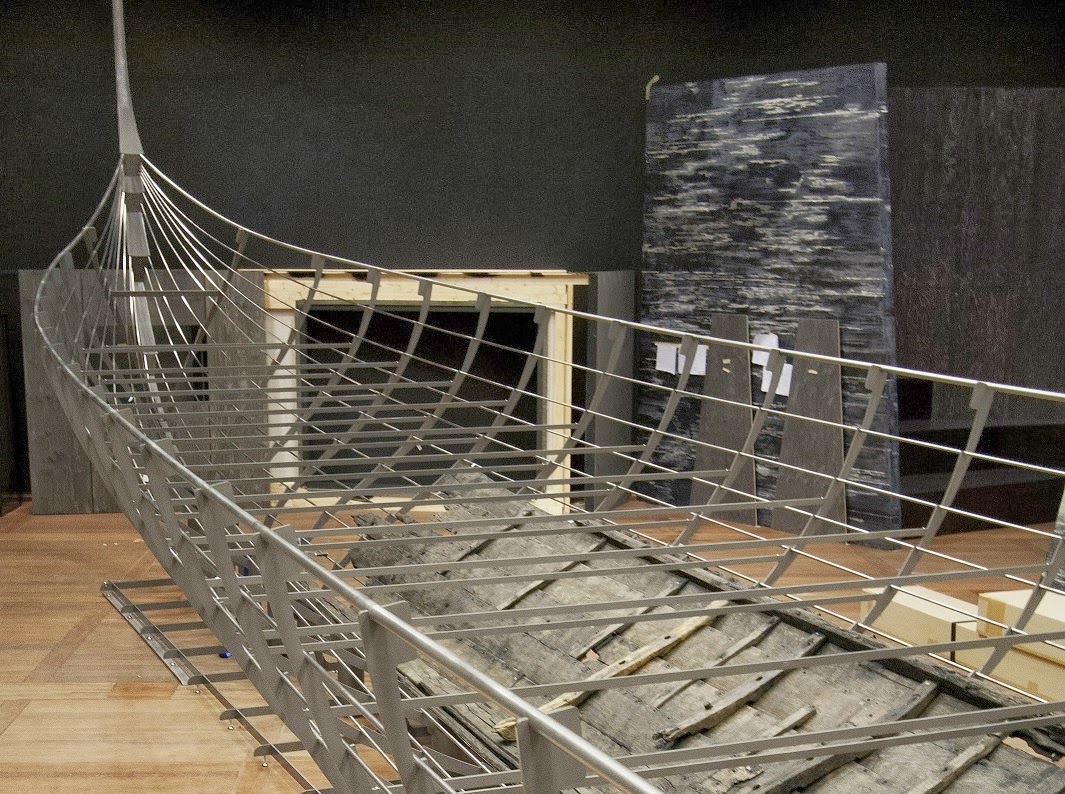 Many other new discoveries, including recently excavated skeletons from a mass grave of executed Vikings near Weymouth in Dorset, providing a close-up encounter with ‘real’ Vikings, warriors that filed their teeth,  and illustrate what happened when things went wrong for Viking warriors on British soil. The display will include the latest research on the skeletons showing how our understanding of the Vikings is still being changed by new excavations and recent research. A grim reminder that the Vikings were not always the invincible warriors depicted in legend. 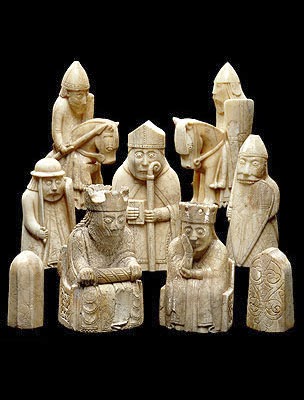 The Lewis Chessmen form a remarkable group of iconic objects within the world collection of the British Museum. Thought to have been made in Norway, about AD 1150- 1200, the chessmen were found buried in the Western Isles of Scotland, probably for safe keeping on route to be traded in Ireland. Of the 93 pieces known to us today, 11 pieces are in Edinburgh at the National Museum of Scotland, and 82 are held in the British Museum. The chess pieces are made from walrus ivory and whales' teeth worked in the forms of seated kings and queens, bishops, mounted knights and pawns in the shape of obelisks. 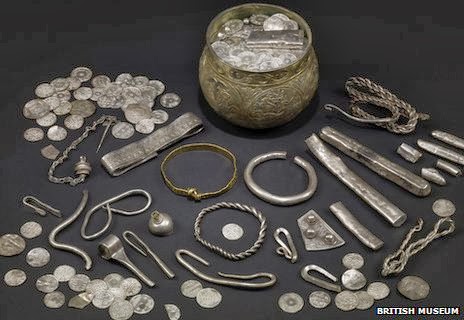 The Vale of York Hoard, consisting of 617 coins, 6 arm rings and a quantity of bullion and hack-silver, will be shown in its entirety at the British Museum for the first time since it was discovered by metal detectorists near Harrogate in 2007 and jointly acquired by the British Museum and York Museums Trust.

All this and not a horned helmet in sight!


Organised by the British Museum, the National Museum of Denmark, and the Museum für Vor- und Frühgeschichte, Staatliche Museen zu Berlin and Supported by BP.

Email ThisBlogThis!Share to TwitterShare to FacebookShare to Pinterest
Labels: Vikings